"Duets" by Alive & Kickin' at the Varsity Theater 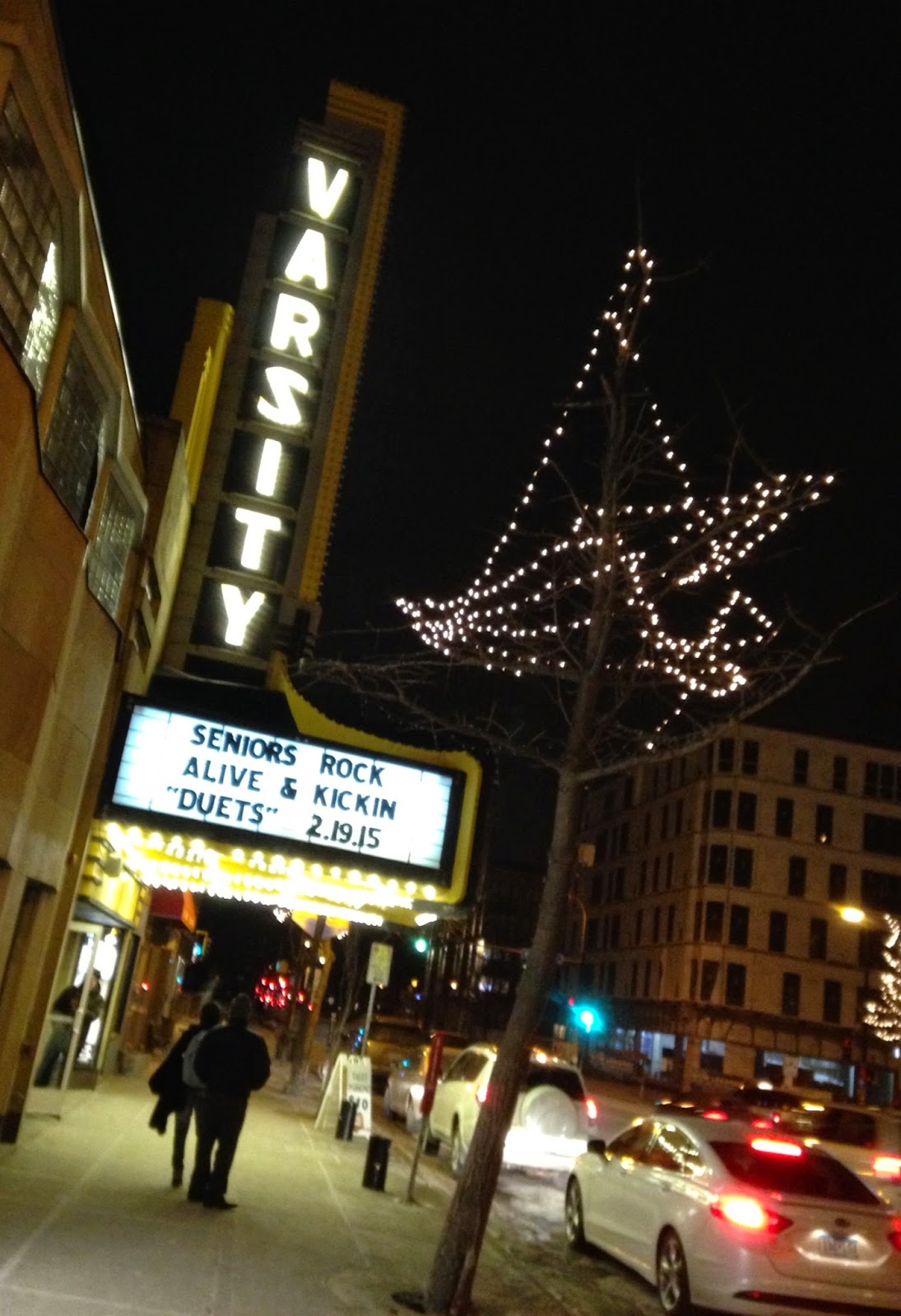 Alive & Kickin' is billed as "the Twin Cities' premiere rockin' senior ensemble group." I'm not sure there's a whole lot of competition in that category, but the women and men of Alive & Kickin' are most definitely awesome. For the past five years, Michael Matthew Ferrell (Theater Latte Da's resident choreographer) has led this talented group of singers ranging in age from 60s to 90s, with music direction by Jason Hansen. With talent like that behind them, this group is no joke. They sing a variety of classic rock and pop songs, or as this musical theater geek likes to call them, Glee songs. In fact, Michael Matthew Ferrell is a little like the Mr. Schuester of senior citizens. I imagine them gathered in their choir room every week, learning a life lesson through the music of Queen or Katie Perry or Lady Gaga. Except in this case, it's the seniors who are the teachers with their years of life experience. One of Alive & Kickin's goals is to give voice to senior citizens, an important but often ignored segment of our society. This week they performed at the Varsity Theater with some of the Twin Cities' top talent from the world of music and theater, sponsored and emceed by myTalk 107.1, to raise money for a permanent choir room, er... rehearsal space.

If you're interested in supporting this wonderful ensemble, visit their website for more info. You can also find details about their next performance, Winds of Change at Bloomington Civic Theatre this June.