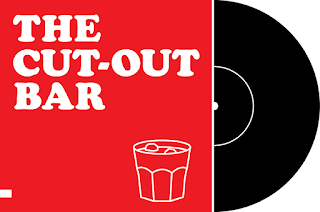 Summary: A very special episode of Sam Landman's nightly quarantine show, in which he listens to an album and discusses it.

Highlights: #TCTheater artist and Fringe favorite Sam Landman has been keeping himself busy during this extended intermission by listening to an album every night that he's never listened to before, typically an obscure album from the past. And he streams it live every night from his basement. He asks for votes between two albums on Facebook and Instagram (with the show live streaming on both). The boozy pre-show party starts at 7:45, and at 8pm he plays the album and gives the audience his honest reaction, which can range from disgust to delight. I've caught the show several times over the past few months, but what I realized last night is that a big part of it is people connecting in the Facebook comments chat. That sort of connection, really any sort of connection, is something we've all (even introverts) been missing the last few months, and The Cut-Out Bar gives people a place to gather, connect, and talk about something silly. You can watch the Fringe episode on the Facebook page, or any number of past episodes, or better yet - tune in tonight and take part in the conversation.