Fringe Festival 2017: "Much Ado About Nothing (as told by Dogberry and Verges)" 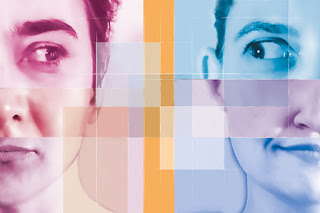 Title: Much Ado About Nothing (as told by Dogberry and Verges)

Summary: A funny and clever and very meta adaptation of Shakespeare's Much Ado About Nothing featuring an all female cast and creative team.

Highlights: Catherine Johnson Justice adapted and Sarah Agnew directs this perfectly delightful Shakespeare adaptation that starts with a couple of stagehands (Taj Ruler and Sara Richardson) wondering what to do when the actors don't show up. This is one show you'll want to show up early for as the comedy starts before the pre-show announcement. The stagehands soon take things into their own hands and tell the story on their own, with the help of actors Alayne Hopkins, Catherine Johnson Justice, Elise Langer, and Kirby Bennett, and a couple of puppets. The star-crossed love stories of Hero and Claudio, and Beatrice and Benedick, are clear and concise in the less than an hour time limit, while the occasional breaks out of the play within a play add interest and fun to the proceedings, and this cast is full of comedians with perfect timing and hilarious comic choices. After seeing this and the lovely Twelfth Night adaptation What You Will, I'm beginning to think Shakespeare should always be 60 minutes long.