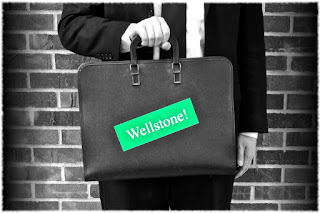 Summary: A musical about the life and work of Minnesota senator Paul Wellstone.

Highlights: A lot of Fringe shows are outrageous and over the top, so it's always a welcome respite to find a show that's sweet and sincere, like this one is. This is a beautiful portrait of a Minnesota hero, a politician who believed that politics was not about money or power games (what a concept), who fought for and enacted change in campaign finance and mental health care. Of course, anytime you try to shove 40 years of a person's life into an hour it's going to feel a little fast and disjointed, more of a surface overview than a deep dive, and this does. And the five songs come a little out of the blue as the rest of the piece feels like a straight play; a few more songs and perhaps some musical underscoring might make it feel like more of a musical. But the ideals and the heart of the story are there, and the cast (Cayla Marie Wolpers, Christof Krumenacker, Jason Millsap, Rachel Lawhead, and especially Michael Turner as Wellstone) is beautifully earnest in their portrayals (if a bit too young for the older, wiser versions of the characters). As the cast recounted some of the major political happenings since Wellstone's death in a plane crash in 2002 at the end of the show, I had tears in my eyes at the thought of politicians who actually cared about their constituents and making the world a better place. Would we still be where we are if Wellstone had lived and served another six (or more) years in the senate? No one can say, but this show made me feel simultaneously depressed at the current state of politics and hopeful that the Wellstones of the world will eventually prevail.