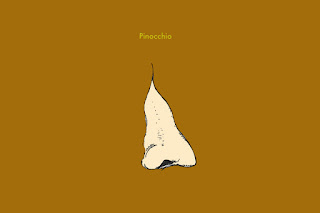 Summary: A re-imagining of the classic tale of a wooden boy who longs to be real, in which Geppetto is a gangster and Pinocchio a sociopath.

Highlights: This hilarious alternate universe Pinocchio is narrated by Jiminy Cricket (Michael Rogers in a beautiful green velvet jacket), who in this version is just a cricket forced into being a conscience for the wooden boy. Geppetto (Jacob Mobley) is a former gangster who now wants nothing more than to love and parent the puppet Pinocchio (a truly creepy and dead-eyed Robb Goetzke) that his deceased wife, the blue fairy (Iris Rose Page), brought to life. But since he has no feelings, Pinocchio turns to the dark side and joins with his father's enemies (Joey Hamburger and Michael Torsch) as they create "Pleasure Island" - a sinful place full of big cigarettes, booze, and gallivanting. In typical Sheep Theater style the show is clever and funny and goofy, and a whole lot of fun.