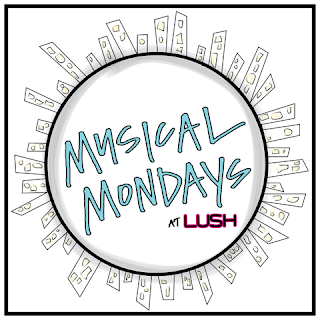 I know it's hard to believe today with all of the snow, but it's April! And with the beginning of a new month comes the fabulous monthly cabaret series Musical Mondays at LUSH! It's the 57th installment of this series, and as co-host Max Wojtanowicz noted, they're not running out of talented performers; the talent pool in this town is that deep. This month, six performers sang songs from Tony Award-winning musicals or performances. Because of that I knew most of the shows referenced, but as always there were a few surprises/educational moments. And of course, many entertaining, funny, and thrilling musical moments.

For a $5 donation (all of which goes to the artists), attendees are entered into a drawing to win theater ticket, which this month included:
Here's a list of performers and where you can see them on stages and in pits around town:
And the list of songs, along with details about the Tony Awards won by the show or performer:

Mark your calendar for the next Musical Mondays on May 7, when hopefully there will be no snow left. Watch their Facebook page for details.