"Off Book" and "The Mess" at HUGE Improv Theater 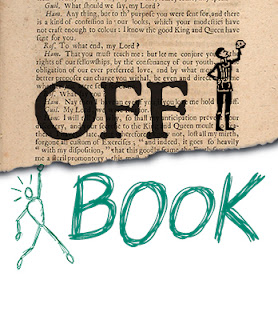 "Life is better when you're laughing." Or at least that was the sidewalk chalk wisdom I saw on my morning run today. But there definitely is truth to it, and if you're in need of more laughter in your life, there's no better place to go for consistent laughs any night of the week than HUGE Improv Theater, a home for improv in Uptown Minneapolis. HUGE hosts a variety of improv troupes, with shows almost every night. Most shows are about $10 per ticket, and if you go on a Friday or Saturday night, you can see multiple shows at a discounted price. A small price to play for a lot of laughter.

I went to HUGE last night to see the show Off Book, which pairs one actor working off of a script that they've memorized with one improviser, who has no idea what's going on. But I suspect that they guessed pretty quickly last night; the theme was TV and Movies and the five selections were pretty recognizable. Still, they didn't know going in, so it's remarkable how each of the resulting five scenes actually made sense in a weird sort of way. The program is available before the show, so it's fun for the audience to be in the know and watch how the improviser reacts to being thrown into a sometimes well-known scene, and seeing it play out in a totally different way. And also kudos to the scripted actors, who stick to the lines but still remain fluid and open to their partner in their reactions and line readings.

Off Book has one more performance on Saturday May 5 at 7 pm (and then stay for this one which I really wish I could see, but theater beckons). 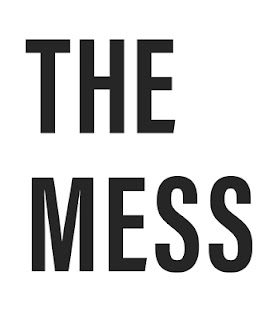 Since I was already at HUGE and out past my bedtime, I decided to stay for the 9:30 show, a troupe called The Mess that performs every Saturday at 9:30 (including the 5th, so you might as well stay after seeing the above two shows). Comprised of improvisers Rita Boersma, Mike Fotis, Eric Knobel, Michael Ritchie, James Rone, and Jake Scott, The Mess are anything but. Or maybe they are a mess, but in a way that makes sense and is super entertaining. I marvel at their talent to create characters, scenes, and storylines on the spot, scenes that have never been seen before and probably never will again. That's the thrill of improv, capturing the magic of the moment.

I have to say, my favorite performer of last night (and usually every time I see her) is Rita Boersma, who performed in both shows. She truly is a master at creating a specific and consistent character out of nothing, full of quirky details and unique physicality (the wind sock!!), and she never fails to crack me up.

Check out the HUGE Theater website for the daily improv schedule and to make ticket reservations (popular shows do sometimes sell out on weekends, so you might want to plan ahead). And enjoy the laughter!