Minnesota Fringe Festival 2019: "A Man's Guide for Appropriate Behavior in the 21st Century" 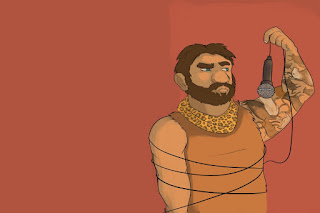 Title: A Man's Guide for Appropriate Behavior in the 21st Century

By: One T Productions

Summary: A panel discussion on various issues around the topic of masculinity.

Highlights: The title of this show is a little misleading. It sounds like it could be a gross comedy, but rather it's a serious discussion of issues that are greatly affecting the health and safety of all of us in today's world. Each of the five shows has a different topic and different panelists (see the show website for details), but may change due to events of the day. I attended what was supposed to be a discussion on "Gender, sexuality, and intersectionality," but since there were not one but two mass shootings in the days prior, the discussion veered more towards violence as a result of white male patriarchy. Moderated by Scot Froelich with panelists Lisa Stratton, Erica Fields, Taiyon J. Coleman, Marcela Michelle, and Andrea Jenkins, all activists and experts in their fields varying from law to literature, it was an incredibly powerful, sobering, enlightening, inspiring, depressing discussion. The panelists got into some pretty serious stuff about the ingrained racism and sexism in our society, in our systems, in ourselves, much of which we don't even know how to talk about. But I take a little bit of hope in the fact that at least somebody somewhere is having these discussions. There are only two discussions left, and I hope you go to one or both of them. This may be the most important and necessary show in the Fringe this year, that feels so much bigger than theater or entertainment. I hope these discussions continue beyond and outside of the Fringe in some way, even if just in our living rooms.