Minnesota Fringe Festival 2019: "You Are Cordially Invited to the Life and Death of Edward Lear" 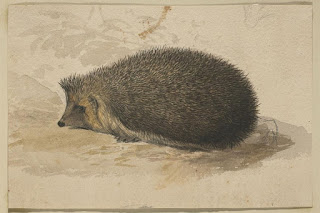 Title: You Are Cordially Invited to the Life and Death of Edward Lear

Created by: The Winding Sheet Outfit

Summary: The long form of the title says it best - "The Life and Death of Edward Lear: Poet, Illustrator, Composer, and Melancholy Hypochondriac or What is a Rungible Spoon: An Absurdist Eulogy and Existential Crisis on the Stage"

Highlights: This is my favorite show of the festival so far. It's everything I want from Fringe, from theater really. It's funny and quirky, original, educational, includes music and poetry, is very cleverly constructed in a meta sort of way, and somehow manages to capture the fleeting beauty of life in a way that made me cry my first #fringetears of this year's festival. Director Amber Bjork introduces the show, the actors, and the subject, like an exasperated teacher trying to keep her students - the cast (including Boo Segersin, Dan Linden, Kayla Dvorak, Kristina Fjellman, and Sam Landman) and stage manager (Andre Johnson Jr) - in line. I'd never heard of Edward Lear but now I want to know more about this 19th Century English poet and painter. The amiable cast takes us through skits, limericks, songs, and reenactments of moments, places, and people in Edward's life. Derek Lee Miller plays Eddie, only speaking words that he wrote - often whimsical or silly, sometimes heart-breakingly poignant. The other cast members play people in his life and stories, with plenty of moments to break out and play in an almost unrelated, but very charming, way. Images of Edward, his paintings and drawings, and text from his writings or notes about the show punctuate the storytelling. The light-hearted show takes a turn I wasn't expecting when Amber breaks out of the story for the titular existential crisis, comforted by Derek (a moment so sweet and intimate I almost felt like I should turn away) and the cast, who then continue on with the beautifully sad part of Edward's life. This show has everything, and the ending is indescribably beautiful. The limerick on the show handout says it best:

There once was a man who drew parrots,
And wrote many poems of merit.
We'll look in his mirror,
And find life is dearer,
Existence so sweet none can bear it.