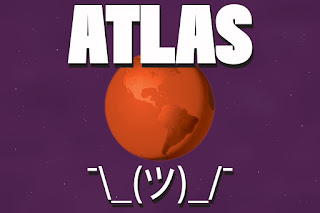 Highlights: This was a last minute schedule filler because it was in the right pace at the right time; I didn't know anything about this book going into the show. From what I read on Wikipedia, this show turns the strong capitalist message on its head, and uses satire to bring the themes of the book into 2019. The wealthy businessmen and women believing that socialism is the biggest threat, fearing fair wages and mandatory health care for workers, these are all part of the daily rhetoric, making the show feel very timely. It's performed in an absurdist style which the strong cast (Aly O'Keefe, Carl Swanson, Christian Unser, Kayli McIntyre, Michael Burton, Sarah Platts, Todd O’Dowd, and Tyler Lanam) fully commits to. The props are charmingly DIY, with a live band performing the clever and scary songs, sometimes intentionally jarring and techy. Not my favorite show in the festival (absurdism isn't really my thing), but it's a clever concept well executed.