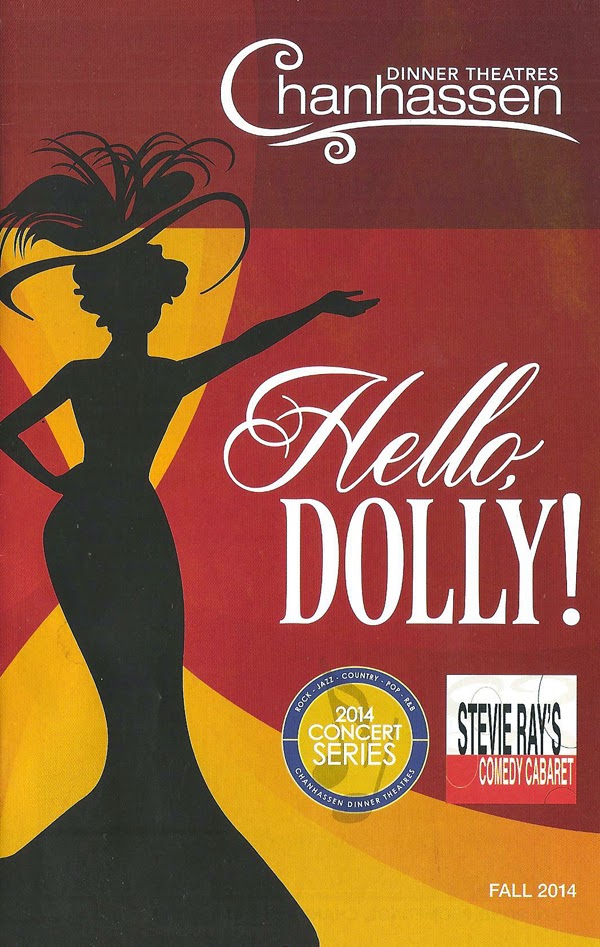 Everyone loves Dolly. The title character of the popular musical Hello Dolly! is a matchmaker, dance teacher, entrepreneur - basically a woman who knows how to get things done. She "puts her hand in" here and there, and makes people's lives better with her helpful manipulative ways. You can't help but love her, and you can't help but love the Chanhassen's shiny new production of this 50 year old musical. It's charmingly old-fashioned, with a fantastic cast from the lead to the supporting players to every last member of the ensemble, wonderful dance numbers, gorgeous period costumes with those all important extravagant hats, and familiar music beautifully played by the orchestra. It's silly and fun and adventurous - a grand old time.

It's the late 19th Century in New York City, and Dolly is tired of working to make everyone else's lives better at the expense of her own. She decides to marry the noted "half a millionaire" Horace Vandergelder, and asks her beloved deceased husband for a sign to move on. In order to catch the gentleman, who is one of her clients, she sabotages the other matches. He's supposed to marry the widow Irene Molloy, owner of a hat shop, but Dolly quickly squashes that. Instead Irene falls in love with Horace's employee Cornelius who, along with his friend Barnaby, has come to New York City for an adventure. Said adventures include a parade, a dinner they can't pay for, a quick trip to jail, and falling in love. But this is Dolly's story, and when Dolly decides she wants something, she gets it, for better or worse.

This fun, charming, entertaining, perfectly cast, and well performed classic musical plays all winter. The weather may be getting colder, but it's always warm and pleasant at Chanhassen Dinner Theatres*. Dolly will never go away again... until February, when Mary Poppins takes her place.

*If you happen to go in the next month or so, you should also head over to the Arboretum for TigerLion Arts' lovely and poignant outdoor walking play Nature, about the friendship of Ralph Waldo Emerson and Henry David Thoreau.