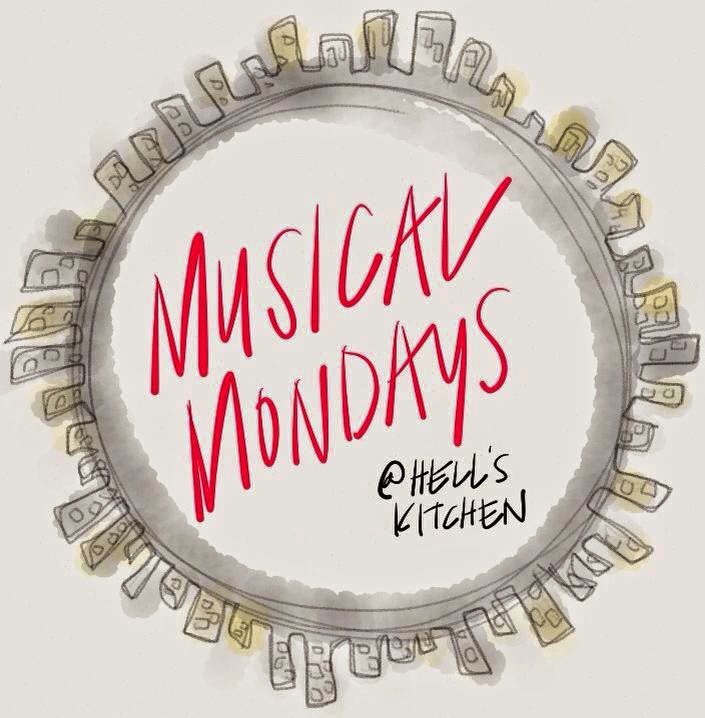 If you haven't been down to Hell's Kitchen on the first Monday of the month, you're missing some great musical theater fun. BFFs (and authors of the charming auto-biographical musical Fruit Fly) Max Wojtanowicz and Sheena Janson invite a few of their friends, who just happen to also be super talented singer/actors, to sing a few songs cabaret style centered around a different theme each month. It's kind of an insider event, with the majority of the audience being actors themselves, which means it's a great chance for theater-goers like you and me to see a good show and also perhaps spot some of your favorite actors sitting at the table next to you. If you've never been, I highly encourage you to like their Facebook page (where each month's themes and scheduled performers are posted, as well as the song list the following day) and check it out sometime.

This month's theme was rock musicals, and so of course the music director/ accompanist was Jason Hansen, the go-to guy for rock musicals. When I think rock musical, I think Hair (the original rock musical), RENT, Next to Normal*, Spring Awakening, etc. But Musical Mondays doesn't usually serve up the expected; they dig a little deeper and often choose newer hipper selections rather than classics. So sadly there was no Hair or RENT, but instead we heard Heathers, Bonnie and Clyde, and 35MM. The full set list is available on Musical Mondays' Facebook page; I'll just share a few highlights here.

Finally, as a special treat, Ann Michels and Matt Riehle performed a couple of songs from my favorite new musical from this year - Sweet Land, based on the beautiful Minnesota-made film. I attended a reading of the show this spring and was so impressed by how the creators (book by Perrin Post, lyrics by Laurie Flanigan Hegge, and music by Dina Maccabee) retained what was so special about the film while adding music that feels organic and only enriches the storytelling. They're continuing to work on the piece and hope to have another reading sometime next year. Visit the Sweet Land musical website or become a fan of their Facebook page for more information about the piece, future productions, and how you can help with the next phase of development.

In the meantime, mark your calendar for Monday October 6, when Musical Mondays will return to Hell's Kitchen with another bunch of talented performers singing about things that scare them. (Dare I hope for some Sweeney Todd?)

*If you have never seen the Pulitzer Prize winning rock musical Next to Normal, you're in luck! There will be two productions of it this season - at Bloomington Civic Theatre in October and at Yellow Tree Theatre next spring. Pick whichever is geographically more convenient, or see them both as I plan to!