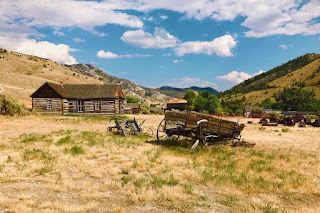 Summary: A musical western set in a cat-loving town in a land known as Wyomesota.

Highlights: This was actually my least favorite show in the festival (something has to be!). A clever concept (a cat ranch in the old west) and a valiant effort, but it didn't quite come together. There were too many plot threads dropped - the show opens with a cat burglary and the audience finds out who the cat burglar is (which doesn't really make sense) but the characters don't nor do they seem to care, someone possibly killed their first husband but it's never resolved, and something about a long lost child that came out of nowhere. They tried to shove too many things into the show - cat puns, Minnesota and pop culture references, anachronisms - and it felt a little unfocused. But the cast (JL Charrier, Tabitha Kerr, Christopher J. Devaan, Bob Alberti, and Mikayla Bode) is game for the ride and fun to watch; the songs are also fun, with new lyrics set to the tune of old timey country western songs and accompanied by a live guitar player dressed in black (Andrew Christophe); and who doesn't love a catty singalong.
Read all of my Fringe mini-reviews here.