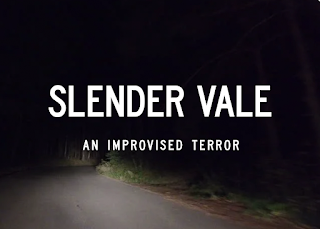 Highlights: Improv is usually done for comedy, but this time it's done for horror, although it's funny too at times. Based on the prompt of three cards drawn from a deck (e.g., a bog, a voice) by a narrator, who also adds interjections to fill in background or guide the story, a rotating cast of improvisors tells a spooky story. The night I saw it, the story revolved around a couple of influencers staying at a cabin in Slender Vale, who got involved with the locals and went to the dangerous bog, despite being warned against it. A local teacher cast a spell to make one of the influencers fall in love with him, but it got out of control (natch). Effective horror may need more plotting than this format provides, but the music and lighting add to the spookiness factor, including strobe light effects, spotlights in the dark, and eerie sounds provided by a live musician.
Read all of my Fringe mini-reviews here.