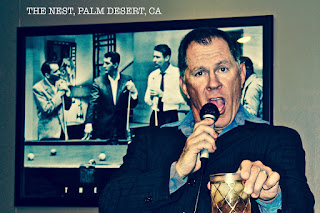 Created by: the cast

Highlights: COUGAR-OKE is a big crazy mess of a show, in the best possible way. With no rehearsals and no plot, Ahna Brandvick, Dane Stauffer, Doug Anderson, James Detmar (who also directs), Michelle Hutchison, and Shanan Custer riff on the idea of soap operas for an hour, with Stevie Ray as a sort of Master of Ceremonies. The audience is asked to write things on cards before the show, like your soap character name and a line of soap dialogue. These are occasionally drawn and incorporated into the show, as is a karaoke machine and random costumes ("does anyone else see a clown?"). Audience members are also asked to come onstage and read dialogue from some random play, or join in on the karaoke. The show is fun and ridiculous, and the concept is basically just an excuse for these friends and performers to get together, play, be silly, and entertain us.