Fringe Festival 2016: "The Most Dangerous Game" 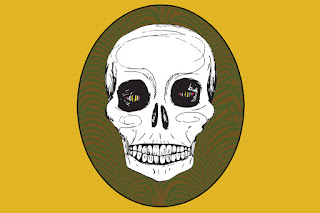 Title: The Most Dangerous Game

Summary: A delightfully melodramatic adaptation of the short story The Most Dangerous Game, in which a hunter becomes the hunted.

Highlights: I really like these kids (meaning Iris Rose Page, Joey Hamburger, and Michael Torsch, aka Sheep Theater), and not just because they went to my alma mater. This is only the second show of theirs I've seen (they've only been around a few years), but I've found both to be clever, funny, unique, and entertaining. In this show, a hunter named Sanger Rainsford (Joey) is shipwrecked on an island with the wealthy and eccentric Count Zaroff (Michael). Another unwilling guest, Eve (Iris), is disturbed when her brother (Robb Goetzke) disappears. They soon discover the truth, leading to a mad chase around the island. Everyone in the cast (which also includes Jacob Mobley as various characters) performs this melodrama with utter sincerity, which is the only way to do it. They make innovative use of ladders and scaffolding as the only set pieces, moving them around to represent boats or cliffs, climbing over, under, and through them. The fight scenes are well-choreographed and well-performed. The only problem with the show is that sometimes the laughter drowns out the lines. That's what they get for being so clever and funny.