Fringe Festival 2016: "When She Became Me: a pro-choice play about abortion" 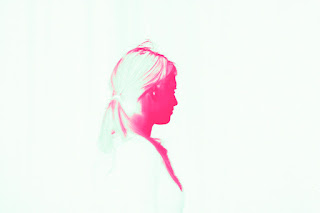 Title: When She Became Me: a pro-choice play about abortion

Summary: The daughter of a woman who worked at the only abortion clinic in North Dakota tells stories about abortions from her mom, her friends, and herself.

Highlights: This is one of two pieces about abortion featuring real-life stories in this year's Fringe Festival (see also The Abortion Chronicles). Rather than compete against each other, they compliment each other well as both give voice to women's stories about their experiences with abortion. Elizabeth Horab has written the documentary play as herself (played by Tayce Pearson) speaking to the audience about her process of collecting stories. We hear from her mom (Megan E. Primus), who first volunteered at the clinic when she was pregnant with her first child. We also hear from women served by the clinic, women who answered a questionnaire on Facebook, Elizabeth's friends, and Elizabeth herself. It's incredibly moving to hear these very different yet similar stories. As Elizabeth says at the end of the piece, women want to tell their stories and be heard. When She Became Me gives them a space in which to do so.