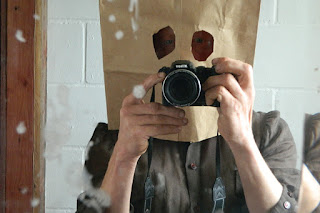 Title: A Woman in Berlin

Summary: A one-woman show based on the book A Woman in Berlin, written by an anonymous woman about her experience in 1945 Berlin when it was taken by the Russians.

Highlights: This story is absolutely devastating and difficult to hear, but unfortunately it's not a unique story. Throughout history women have always been the spoils of war, but women have also always been survivors. So too this anonymous woman in the beautiful and beleaguered city of Berlin, one of many who was repeatedly raped by Russian soldiers at the end of WWII. She figures out a way to survive in this new world in which the old rules and morals no longer apply, living with one officer as a protector to keep the other soldiers away. Eva Barr has adapted the book and portrays the woman with such raw honesty that by the end I believed she was this woman. Chain-smoking (or rather pretending to, people can't chain-smoke on stage in 2015), shuffling papers, and nervously pacing as she reads her memoir to be recorded, she brings the audience right there to the terrors of wartime that are particular to women. It's unthinkable. But Eva Barr helps us to face the truth by so beautifully and devastatingly telling this anonymous brave woman's story.